Welcome to my portfolio.
I am currently working as a level designer at Dambuster Studios.
Feel free to contact me and enjoy your visit!
Marian.

▼ Please scroll down to browse my portfolio! ▼

I had the opportunity to work on Overkill’s the Walking Dead (OTWD) as a level designer on instances of levels. Only one remains in the game on release.
It has been made entirely in about 5 weeks and provides 3 different scenarios, with randomization of the enemies and gameplay elements (traps, supplies, …), under Unreal Engine 4.
You can see a 4 players playthrough, very loud, on the rescue scenario in the following video:

Feel free to read the detailed concept on the LDD.

I came to Lion Game Lion in the middle of the production, worked as a level designer and had in charge 4 levels on release:

Level made to showcase my skills. Production time: 6h + 2h after playtests.

My intention was to take, as a core gameplay, a mechanism never used before in both Portal games.
The Pneumatic Diversity Vent (vacuum) has always been used as a scenaristic prop, but never has been considered as the core of any puzzle.

The vacuum mechanism is to suck stuff when not used to deal cube to the player. It implies that the solution would be to remove something out of the way of the avatar to progress.
So the concept of the level is to remove the cube out of a "negative" switch to open doors.

Feel free to check the steam workshop page, read the detailed concept on the LDD or read essentials feedback on the post-mortem.

Level made to showcase my skills. Production time: 11h + 30m after playtests.

After reading the dev blog of Tom Francis, author of Gunpoint, to gather the specs and metrics of a typical gunpoint level, I read that an inspiration for the game was to turn Deus Ex into a 2D game.

Tom Francis decided to build levels on single paths because he "tried designing a new level with […] at least two routes to every objective and sub-objective. It was terrible."[source]

On this base, I designed a level proposing several routes!

Feel free to check the steam workshop page, read the detailed concept on the LDD or read essentials feedback on the post-mortem.

Two Towers hits the Gunpoint's workshop most popular item of the week! 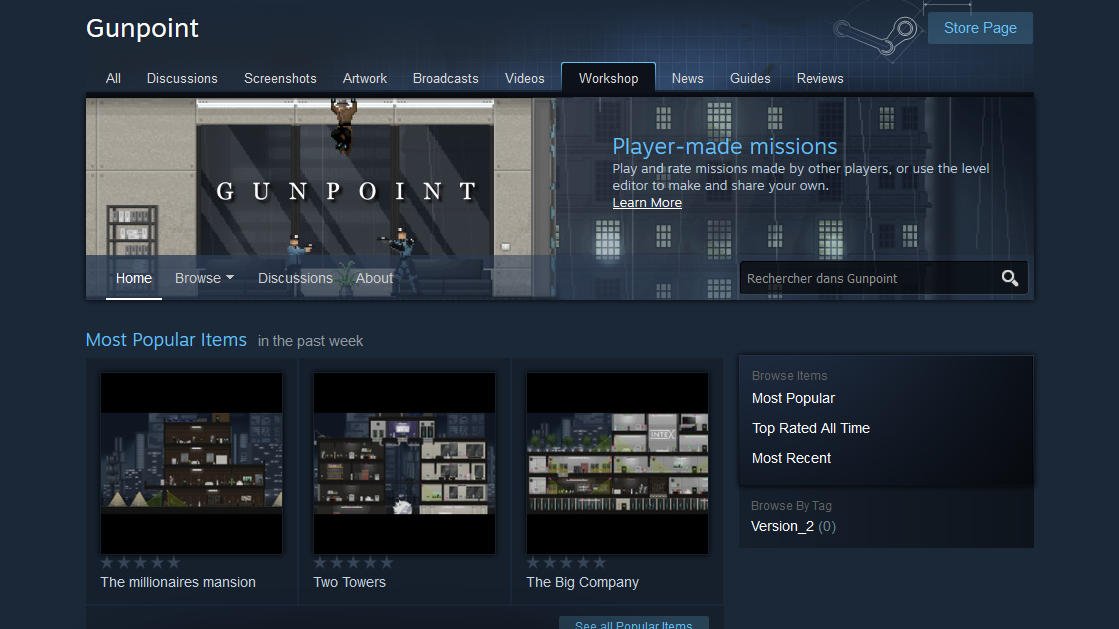 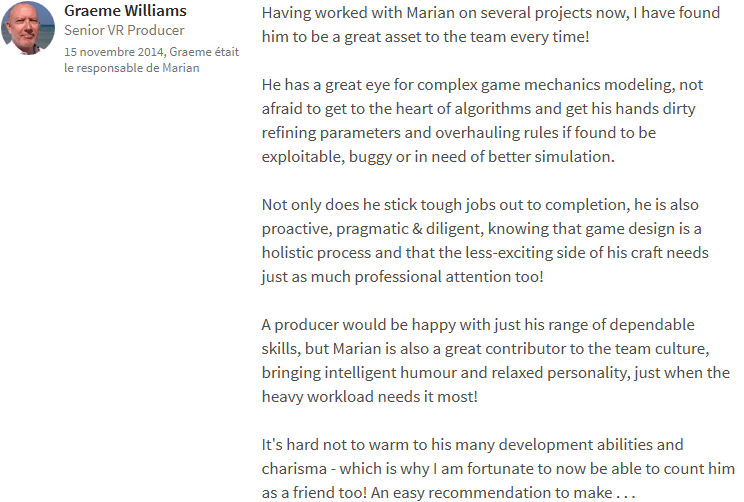 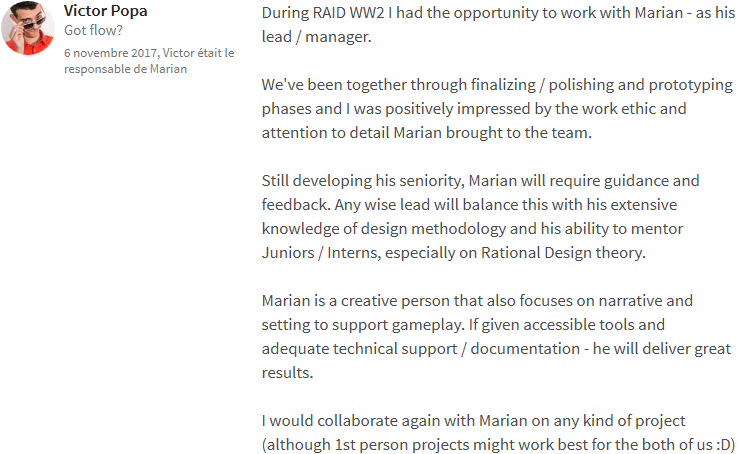 Mimic the choreography of the on-screen dancer, sync your moves to the rhythm of the icons to score the maximum points and beat your friends. Don't miss the gold moves!

As a level designer, I achieved the following:

I am currently holding 1 side project about level design: a course and I was also writing on a micro blog.

The first is a course I am currently writing, targetting beginners in level design. My goal for this course was to prepare it, following those guidelines:

The second project was a micro blog, named LD tricks, about little tricks that might improve your level designs. Made in collaboration with Sylvain Douce, we attempted within this website to replace your "FB/9gag/whatever break time" with a bit a level design.
The concept has been inpired by UX Myths.
I filled this blog with all the little details I came accross while working and/or playing which wasn't big enough to *deserve* its own lesson in the level design course described above.
As of today, the website is down, as the little audience we had wasn't big enough to justify the maintenance costs.

"Le Marionnettiste" is the student project I have made with 5 teammates.
You control a puppet with your Wiimote as you would do it with a rod! Beware not to get your strings tangled!

Developped over 9 months on Unity and destinated for the Wii, I had the following positions: